INVENTIA Sp. z o.o. was established in 2001 by spinning off into a new business the experienced design and construction department of AB-Micro, a company operating on the industrial automation market since 1984 as authorized distributor of Barco, Eplan, GE FANUC, GE Power Controls, Intellution and Hirschmann products.

INVENTIA has specialized in professional applications of 2G/3G/LTE and GPS mobile technologies since the very beginning, gaining a position as a global vendor of telemetry and location equipment within a few years. INVENTIA’s solutions are developed by specialists having many years of experience in automation, telecommunications and IT technology.

The mission of the company is to provide a wide range of customers at home and abroad with its own, constantly improved and innovative technical solutions that are the basis of modern wireless data transmission systems for the stationary and mobile telemetry. Our mission is to develop and deliver comprehensive hardware and software solutions based on the latest technological advances in electronics and telecommunications.

Our solutions are distinguished by high quality of products, a 3-year warranty for professional-grade devices, innovative functionality, open architecture, scalability and the use of proven industry standards. User-friendly configuration and integration tools provide easy integration of INVENTIA’s products with SCADA-based systems, relational databases, and management systems.

More than 40 authorized partner companies cooperate with us in Poland, implementing complex solutions in various branches of industry. We are constantly developing our exports and distribution network outside our country. We are proud that a Polish product and Polish technological concepts are becoming the world standard for professional telemetry solutions and remote location. MT series telemetry modules have been awarded with prestigious prizes in Poland – Gold Medal of the AUTOMATICON Fair, Grand Prix of the WOD-KAN Fair, and PRODUCT OF THE YEAR 2012 of Control Engineering Poland.

The design, production and sales processes as well as services provided by INVENTIA are covered by the ISO 9001: 2015 Quality Management System. 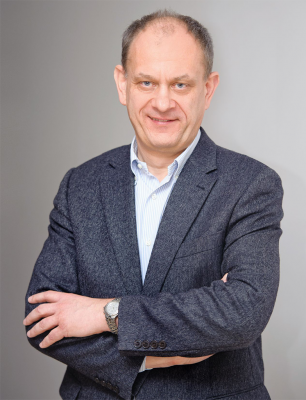 “Electronics, IT and telecommunications are the areas on which we build a competitive advantage and whose synergy brings us essential and real progress. That’s the way we are thinking about telemetry. We use the latest achievements of technic and technology to create optimal solutions that change the daily work of many industries.

We are constantly improving wireless data transfer solutions to enable the implementation of even the most advanced and demanding stationary and mobile systems. We provide comprehensive hardware and software solutions that distinguish efficiency and professionalism, while being easy to implement and use.”

The company’s mission is to provide a wide range of recipients in the country and abroad, created and constantly improved, ahead of competitive development, technical solutions that form the basis of modern, wireless data transmission systems for telemetry of stationary and mobile objects. We implement the company’s mission by creating and supplying comprehensive hardware and software solutions that use the latest technological developments in the field of electronics and telecommunications. 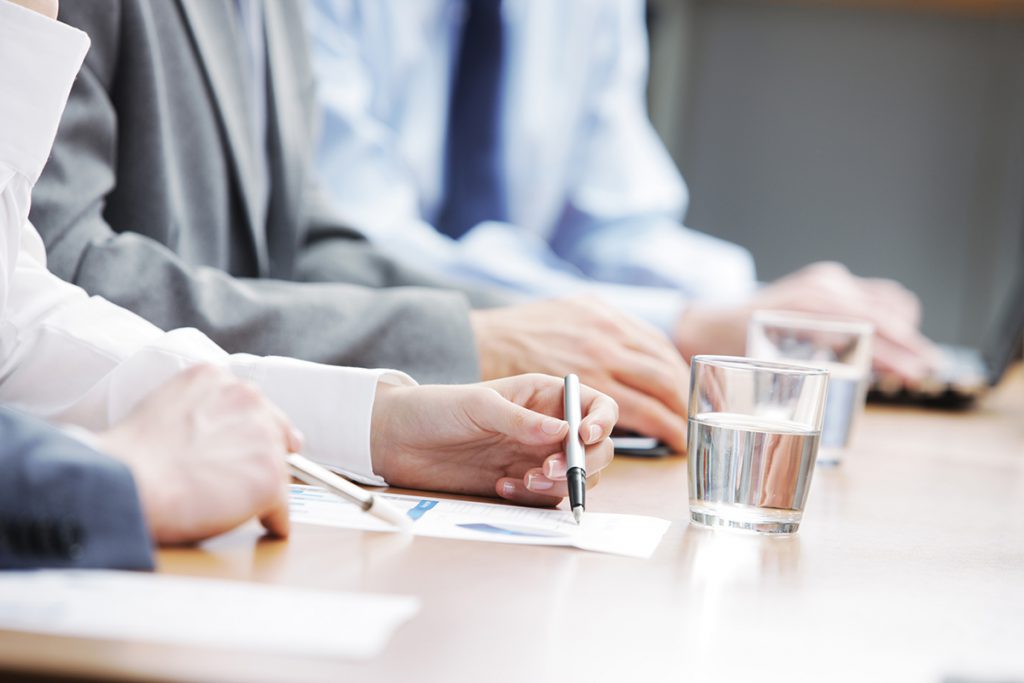 Production of location and telemetry modules for AB-MICRO

Obtaining the “MOBILE PARTNER” CERTIFICATE from Polska Telefonia Komórkowa “Centertel”, the IDEA network operator (later acquired by Orange), for the implementation of products based on modern mobile technologies

Development and commencement of production of economical telemetric modules of the MT-30X series: MT-301 and MT-302.

Obtaining the ISO 9001: 2000 certificate for design, production and sales as well as services provided by Inventia

Sales reached number of 8,000 modules sold to 12 countries in the world

A fruitful year in terms of introducing new devices to the market: MT-102, MT-303 and 304 are created. Also ML-211 – the first location module and MT‑501 – the first alarm module for elevators were produced.

The Inventia logo begins to appear on the products.

Sales reaches number of 15,000 modules sold to 20 countries in the world

Sales reaches number of 20,000 modules sold to 27 countries in the world

New devices at production – MT-723 – IP68 module dedicated to the water and sewerage industry, microPG – a customer-specific module and MT-021 – a cost‑effective module for monitoring and remote control without programmable logic functions.

Sales reaches number of 30,000 modules sold to 27 countries in the world

The MOBICON serie of modules was awarded with title of Product of the Year 2012 by the Competition Committee of Control Engineering Polska magazine and with votes cast by readers and Internet users.

Development of a more advanced version of the MT-101 – the most popular module among our clients. The MOBICON family also comes into production with MT‑151 LED and MT-151 HMI modules

Sales reaches number of 40,000 modules sold to 27 countries in the world

Inventia wins for the first time Gazela Biznesu – award for the most dynamic Polish enterprises in the XV. Edition of the PULS BIZNESU journal ranking

Sales reaches number of 50,000 modules sold to 35 countries in the world

MT-CPV was produced – an intelligent power supply with a battery backup, designed for the needs of external battery supply of MT-713 modules

Application of telemetry and location modules on the Trackfuel platform, which is Gestafric’s fuel distribution remote control and management system, Benin, Africa.

Development of dedicated control and measurement modules for cathodic protection – MT-651 and MT-652.

MT-713 version 2 – a new version of the module with a changed GSM / GPRS modem, an internal antenna connector, and a protective coating applied to the PCB elements is introduced to the market.

VirtualMT – the new edition of MTData Provider, version 3.0, has been extended with VirtualMT software – a program emulating the simultaneous operation of any number of telemetry and location modules in the network.

The Telforece system by MJTrad, providing wireless level monitoring in tanks, is based on the MT-021 modules by Inventia. The modules ensure bi-directional transport of measurement data from dispersed facilities to the central server.

The DATA PORTAL Project is created – a modern, cloud-based IT solution that enables the Users of Inventia telemetry modules to have convenient and cost-effective access to visualization, i.e., a graphical presentation of numerical data in the form of colorful images, also animated.

Sales of 80,000 telemetry and locating devices to 53 countries around the world.

Inventia is THE FORBES DIAMOND 2017, confirming the company’s position among the best companies on the Polish market.

The term Internet of Things (IoT) is entering the industry – devices should be able to collect, process, and transfer large amounts of data. CLOUDS appear, allowing easy access to data, as well as their analysis and transformation into useful information.

Inventia releases devices from the IoT family – measuring sensors based on LoRa® radio technology – these products provide inexpensive and easy methods of implementation in hard-to-reach locations.

The microPG device, produced for Pipeguard, collects data from distributed points of heating installation in the People’s Republic of China

Sales of 90,000 telemetry and locating devices to 57 countries around the world.

We meet the ISO 9001-2015 standards in the field of design, development, production, sale, and service of telemetry systems and car monitoring equipment.

Inventia is present on Automaticon 2018 for the first time at its own exhibition stand. The project, optimal for the company’s needs, made by the HERMES company from Poznań, in blue and white colors with red accents, stood out among other stands. The modules produced by the company were mounted on the working presentation boards, and the generated data were displayed on the OBLX BARCO screen borrowed from AB-MICRO.

Development of input / output simulators for telemetry modules MT-20x, MT-10X, MT-151 and MT-331. They allow the easy test of the functionality of the module, the correctness of the settings made, or the actual operation of the user’s application program.

Implementation of the IEC 60870-5-104 protocol in MT-151 – the TCP/IP network protocol used in telemetry and telematics systems in the power industry.

The design of the MT-331 module is equipped with the MQTT protocol (Message Queue Telemetry Transport), which is more and more often used in M2M and Internet of Things applications.

We are entering new areas of application of telemetry devices – the AGREUS® system is under development, providing wireless measurements in Agriculture and Horticulture, facilitating agrotechnical decision-making in all types of agricultural, horticultural, forestry crops, green areas, orchards, and crops under cover. The project is co-created with the Irrigation Laboratory of the Institute of Horticulture in Skierniewice, under the supervision of prof. dr hab. Waldemar Treder.

Proprietary SCADA – the DataPortal is given to users for testing and co-creation. The system is a professional and economical alternative to standard SCADA systems. It allows you to create animated visualizations of data delivered from telemetry modules, placed in a computing cloud, for which it is not necessary to have specialized software or hardware acting as a data server.

A new version of the Xway.online location system is being developed – the application and system architecture are completely transferred to the internet platform.

Inventia is a Business Gazelle in the 18th edition of the ranking of the most dynamic small and medium-sized companies organized by the Puls Biznesu weekly, for achievements in 2017. It is the confirmation of the position among the best companies on the Polish market!

Our references reached 100,000 modules implemented and working in 60 countries around the world!

The new version of the Inventia.pl portal! – featuring a modern look, easy navigation, and data searches.

The ML-941 module is created – the successor of ML-931, an energy-saving device for locating and monitoring animals living in the wild, not only bison but also foxes, lynxes, and wild boars.

A loading and unloading sensor based on the Xway system is developed to monitor the spreading of substrates at road construction sites.

Inventia telemetry modules enable the construction of water and sewage systems in line with the SMART WATER AND WASTE WATER NETWORKS idea, to counteract climate change, to control the flow of rainwater into retention reservoirs, to avoid flooding, or to optimize the maintenance of water supply networks according to the “Predictive maintenance” principle

The Agreus® system, supporting growers in making agrotechnical decisions, was described in the report of the Ministry of Digitization entitled “IoT in the Polish economy”. At the conference organized for the presentation of the report, we had the opportunity to present the system to a wider audience.

Launch of the AGREUS® project developed since 2018

Change of the company’s headquarters – after 25 years of operation on Kulczyńskiego street, Warsaw, for a year under the changed name of the Ulma Families street, in April 2020 we opened the doors of a new apartment. We survived the time of the invisible enemy that started to dominate by transferring the achievements of two companies (the change also concerned the sister company AB-MICRO) to larger areas, both office, and warehouse.

120 thousand modules in 65 countries of the world.

The end of the test phase of the DataPortal system. Commercialization of the project, promotion among existing clients interested in presenting their data in SCADA software as part of the comfort or professional package.

We present DataPortal to the world through a dedicated website dataportal.online.

Changes in the product portfolio: due to limitations in the supply of some elements for the production of MT-10x, MT-02x, MT-2xx, and EX-101 series devices, we finished their production at the beginning of 2021. These modules will be replaced by newer generation devices, with extended functional capabilities and support for new communication standards:

MT-713 module version 3: The newest version of the battery-operated, energy-saving data transmission recording module has a new, gray facade. The changed functionalities of the module include:

The Agreus® system has been granted 2nd place in the competition organized by the Agricultural Advisory Center in Brwinów, Radom Branch, for “The most interesting innovative solutions in agriculture”.

The Social Media channel for Inventia and the Agreus® product is created on LinkedIn.

Over 130,000 telemetry and vehicle tracking modules sold to 65 countries in the world 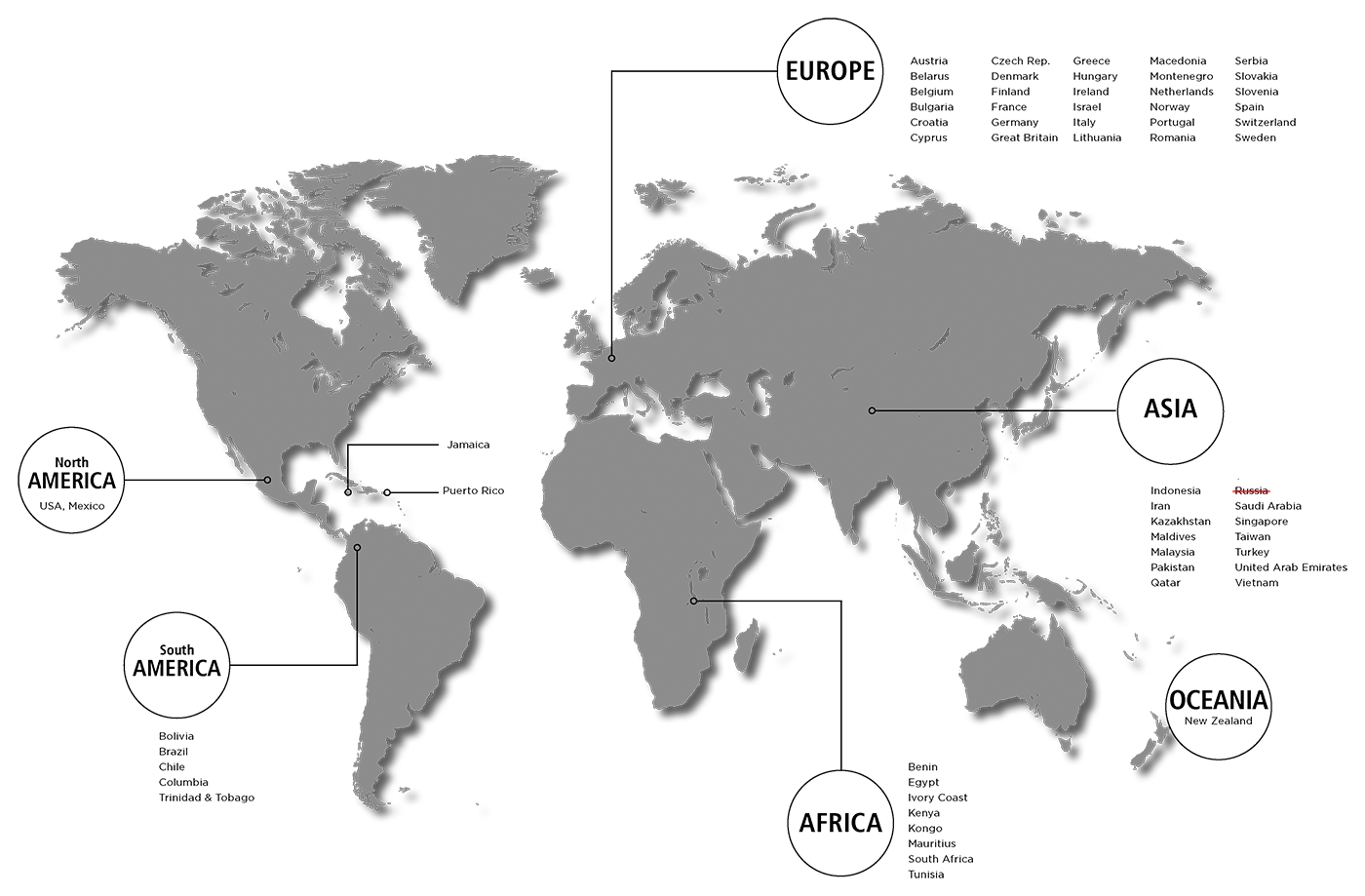